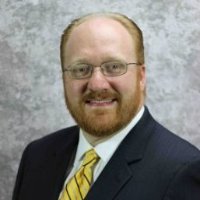 Matthew Kennedy is the President of Honing Steel Hospitality, working with clients to improve their digital marketing presence and hospitality operations. A 17-year veteran of the hospitality industry, Matthew brings extensive experience in restaurant and bar operations for large corporate operations, franchise restaurants & independent operators. Starting as a “Smiling People Greeter” with a T.G.I. Friday’s franchise location in 1998 and ending with his position as a multi-unit Director of Operations for three growing locations of the Burgerhaus brand in Indiana, Mr. Kennedy has worked in every position in the full-service casual dining restaurant industry segment. He also opened three restaurant location from the ground up in General Manager & Director of Operations capacities, hiring hundreds of employees and complete management teams, and training them for successful openings in each case. Combined with his experience in both low- and high-volume locations, he has the knowledge and experience to make any hospitality-based business more efficient and profitable.

Mr. Kennedy is no stranger to large volume operations, having helped guide restaurants through two “collegiate basketball championship” weekends and one “professional football championship” weekend in downtown Indianapolis. For the latter, the restaurant location set new daily ($91.3K) and weekly sales records ($430.4K) for any location in their franchise system’s history and recorded $545.1K in total sales during the 10-day period leading up to the big game.

Mr. Kennedy is also a strong advocate of participation in community service and giving back to the city of Indianapolis. He and his family are active members of Southport Presbyterian Church, and he currently serves as Cubmaster for Cub Scout Pack 499 and as a Committee Member of Boy Scout Troop 499, both on the south side of Indianapolis.

In addition, Mr. Kennedy helped plan and execute the first six charity events for Rock Bottom Brewery and The Rock Bottom Foundation in the Indianapolis market – the Miracles on Washington Street – supporting 500-900 homeless people from local shelters in Indianapolis on Christmas Day. He also planned and executed the first three charity golf outings for Rock Bottom Brewery in Indianapolis, called The BrewMasters Tournament, raising net proceeds of $19K for the Miracle on Washington Street event.

During his time as a restaurant operator, Mr. Kennedy served as a member and an officer (Vice-President, Secretary, and Treasurer) of the Board of Directors for the Indianapolis Downtown Restaurant & Hospitality Association, a subsidiary of the Indiana Restaurant & Lodging Association. Additionally, he is a Resident Member of The Columbia Club in downtown Indianapolis, IN.

Mr. Kennedy is happily married to his wife of 16 years, and they have three children.